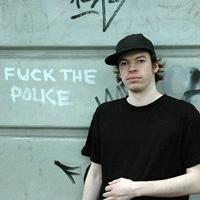 "Peculiar things happen when one spends too much time playing video games. In Paul B. Davis’ case, after the whole eye-hand coordination thing has been mastered, he was tempted to do something a little less traditional with his Nintendo Entertainment System:
he took the thing apart and put it back together again, re-programming a couple bytes here and there as he did so, making songs and art pieces.
Paul created BEIGE's first Nintendo artworks. BEIGE members have subsequently used hacked NES systems to develop a distinct body of work.

Paul studied technological music and harpsichord performance at Oberlin Conservatory and continued at The Chicago Art Institute. His music has appeared in commercials for Nike apparel and Benihana.

Paul has also turned his harpsichord fingers to the turntables. Performing as "DJ Spin-Laden", is the only DJ to ever get thrown off stage at the Technics/DMC World DJ Championships. Created & curated The BEIGE World Cassette Jockey Championships."